You are here: Home > Embassy of Mozambique in Pretoria South Africa 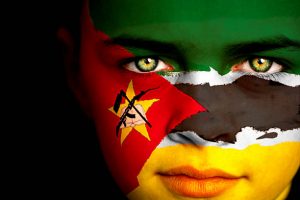 Consulate of Mozambique in Cape Town,

Mozambique is located in the south eastern coast of Africa, bordering South Africa, eSwatini, Zimbabwe, Zambia, Malawi and Tanzania. With a population of 28,692,144 (2017) and an area of 801,590 it is the 50th most populous country and the 35th largest. Maputo, formerly named Loureno Marques, is the capital of Mozambique.

Mozambique is endowed with ample arable land, water, energy, as well as mineral resources and newly discovered natural gas offshore; three, deep seaports; and a relatively large potential pool of labour. It is also strategically located; four of the six countries it borders are landlocked, and hence dependent on Mozambique as a conduit to global markets. Mozambique’s strong ties to the region’s economic engine, South Africa, underscore the importance of its economic, political, and social development to the stability and growth of Southern Africa as a whole.

In Need of Portuguese translation?

SpeakPortuguese is a Pretoria-based translation agency with a track record of high quality translation. For over 10 years, our translation services have helped our clients in South Africa communicate with their counterpart around the world. We translate personal document and business document. Original translated documents can be picked up from our office in the heart of Pretoria, South Africa. If you don’t have time to come for them, don’t worry, we can send them by courier to your designated address. Our certified translation services in Pretoria are recognized by the majority of embassies in South Africa including Angola, France and Portugal embassies.

If you have any questions you’d like to discuss, please give us a call on 012 348 3134. Alternatively, send us an email to info@speakportuguese.co.za and a member of our friendly team will get back to you.