You are here: Home > Embassy of Angola in Pretoria South Africa

Find below detailed information on the Embassy of Angola in Pretoria locations, including addresses, e-mails and phone number of their consular section for visa application and forms. 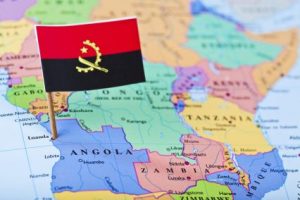 Embassy of the Republic of Angola (Pretoria)

Angola is located in Southern Africa, between Namibia and Democratic Republic of the Congo. Angola has a population of 24.4 million people (census 2014). The national capital and largest city of the country is Luanda.

Angola is the second-biggest oil producer in Africa, behind Nigeria. Angola is one of the world’s fastest-growing economies. A large oil producer and a member of oil cartel OPEC since 2006, most of Angola’s GDP comes from the oil sector. Much of the country’s oil reserves are found in Cabinda, an Angolan enclave wedged between Republic of the Congo and the Democratic Republic of Congo.

The country borders Namibia to its south, Zambia to the east, and the Democratic Republic of Congo to the north.

In Need of Portuguese translation?

SpeakPortuguese is a Pretoria-based translation agency with a track record of high quality translation. For over 10 years, our translation services have helped our clients in South Africa communicate with their counterpart around the world. We translate personal document and business document.Original translated documents can be picked up from our office in the heart of Pretoria, South Africa. If you don’t have time to come for them, don’t worry, we can send them by courier to your designated address. Our certified translation services in Pretoria are recognized by the majority of embassies in South Africa including Angola, France and Portugal embassies.

If you have any questions you’d like to discuss, please give us a call on 012 348 3134. Alternatively, send us an email to info@speakportuguese.co.za and a member of our friendly team will get back to you.